How is DJI Zenmuse P1 Resolving the Problem of a Texture-less Desert? 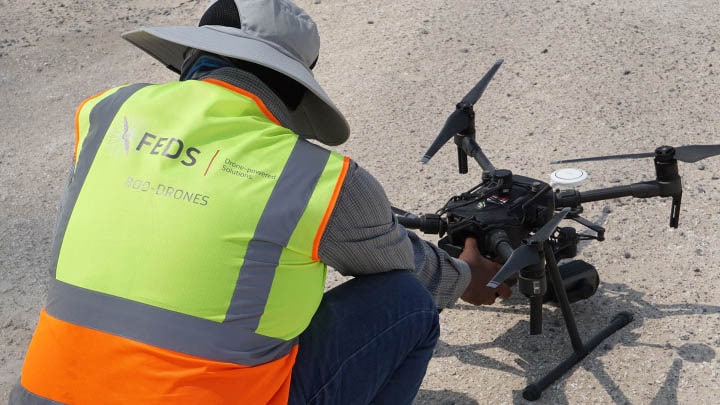 Precise & Rapid - These are some of the fundamental requirements of Geographic Systems. SfM (Structure from Motion) software is often at the core of drone photogrammetry; it is the method of choice for processing data from surveying, mapping and remote sensing. In this case study we will take a look into the issue of a ‘textureless’ desert and how DJI Zenmuse P1 solves this problem and makes mapping the deserts no longer a challenge.

To get a better picture about how the DJI Zenmuse P1 is  a clear winner, let’s get into the data processing a bit.  The limitation of the SfM software is that it is reliant on detecting ‘texture’ to function and generate point clouds. While this is usually not an issue in most situations, mapping the desert can be problematic. The harsh sun on the smooth sand makes it challenging to capture images detailed enough to contain texture.

To put things in perspective, deserts (both hot and cold) occupy approximately 23% of the earth’s total land surface. That is 23% of the world that cannot be aided by geospatial data and cannot experience large scale development and planning. The data gathered is also useful for researchers and can help solve climate change issues like aiding The Great Green Wall’s efforts, by providing accurate data on the wall area and how to efficiently and effectively plant trees.

The Problem of a Texture-less Desert

The SfM software needs texture to work out; without texture, the software would struggle to find common tie points. If you were to fly a fixed-wing drone over the desert and capture images, the typical output would be 2-5cm GSD.

At this GSD, the desert sand would appear to have merged to form one smooth surface. Barring occasional ripples and vegetations, the SfM software has no texture to work with. This means around 80% of the UAE or 66.880 kmsq is unmappable- rendering it unable to receive any geographic planning or large scale architecture initiatives.

As seen in the images below, the desert is mostly devoid of any textures. The only textures are the occasional vegetation and ripples in the sand.

If we proceed to process these ‘texture-less’ images using SfM software, the results are as follows:

The result is a very sparsely, populated point cloud. The point cloud spacing could reach up to 80m, making mapping an exercise in futility. Each point on this cloud helps form the overall area surveyed, similar to pixels making up a computer screen where more pixels equates to higher resolution; the more points per unit square in the cloud, the more accurate and precise the output.

Mapping a texture-less desert is an issue that compounds from the start; less texture means fewer tie points, leading to sparse point clouds that, when processed to make 3D meshes, will give unclear and inaccurate output.

The DJI Zenmuse P1 – A Breakthrough in Desert Mapping

The solution to mapping the textureless desert is a powerful and capable sensor that can capture images with greater detail. However, we lacked a feasible solution until now; using the M-300 with the P1 mapping the desert is no longer a challenge.

In the desert, we can observe small waves or ripple-like formations on the dunes. These waves can be an asset for the SfM software, but previously we lacked the GSD to capture it. The Zenmuse P1 can capture these little waves giving rise to texture. Using the P1, we were able to achieve a GSD of under 6 mm.

While some smaller segments remain textureless, this is due to a natural lack of texture and not because the sensor is unable to capture it. Using the highest settings, now the maximum point cloud spacing is 1 m.

The output from the P1 easily rivals any output from Terrestrial laser scanners (TLS). But acquiring the data using a TLS would take considerably longer, making mapping with the P1 up to 10 times faster.

The DJI Zenmuse P1 achieves this by fully integrating a full-frame sensor with a swappable fixed focus lens. If you’d like to read more about the Zenmuse P1 and its features, we covered that in one of our previous articles. The Zenmuse P1 is currently the most cost-effective solution to mapping deserts.

By following the below steps, the M300 fitted with the P1 can easily cover 25 hectares in a single flight while achieving a GSD under 1 cm.

Using the Zenmuse P1, large-scale projects can be confidently developed in the desert. Previous mega-projects like the World’s Largest Single-Site Solar Power Plant would have benefitted greatly from the Zenmuse P1. Mapping the desert unlocks more potent developments like building roads and highways or laying pipelines.

FEDS using the DJI Zenmuse P1 unlocked the potential of mapping the desert, enabling large-scale projects and grand architecture in previously unmappable and new areas. If you’d like to get your hands on this new and powerful sensor for DJI, you can pre-order with us now for early March 2021 delivery. 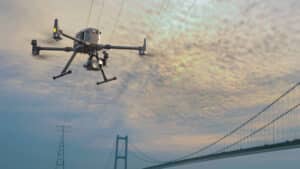 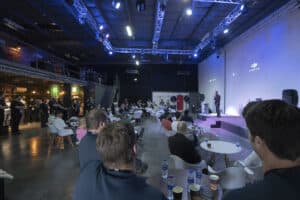